Miami fashion week kicked off with lots of exciting, new and well-known designers. Michael Costello, an up and coming couture fashion designer and former contestant on Project Runway, showcased his collection for the inauguration of Pinnacle Miami on Saturday at the Temple House in South Beach. Michael Costello, 27, recently made headlines on every fashion publication and media outlet for the  beautiful white and nude, skin tight lace dress that Beyonce exclusively revealed on the red carpet at the grammies. Costello, who met with a group of local fashion bloggers for a tweet and Great Q& A, admitted he gained double the followers on all his social media sites soon after Beyonce’s dress debuted adding he was “receiving calls from stations” asking him to come in for interviews.  Costello describes the whole experience and overnight fame to be humbling and rewarding.

The inauguration started with a complimentary cocktail hour, a buffet and  lots of red carpet pictures. The list of celebrities who attended were Grammy award winner and TV personality Tamar Braxton, Real Housewives of Miami TV Personalities, Lisa Hochstein and Alexia Echevarria, along with their husbands;  Radio personality and insider reporter Michael Yo; P-diddy’s mom Janice Combs; Miami socialite Julz Goddard were among the guests who attended the show.

And just like Michael said there would be drama, there was.  As the first  model fiercely strutted her way somewhere half through the runway, the music stopped. Michael peeked his head from backstage and yelled at Celebrity DJ Michelle Pooch to restart the music again. And so the model made her way backstage once again for a do-over.

The collection had lots of lace and sequin pieces. Long gowns with deep neck-plunges and lots of sheer.  Check out the gallery for some of the red carpet pictures and some of my favorite pieces from his collection. 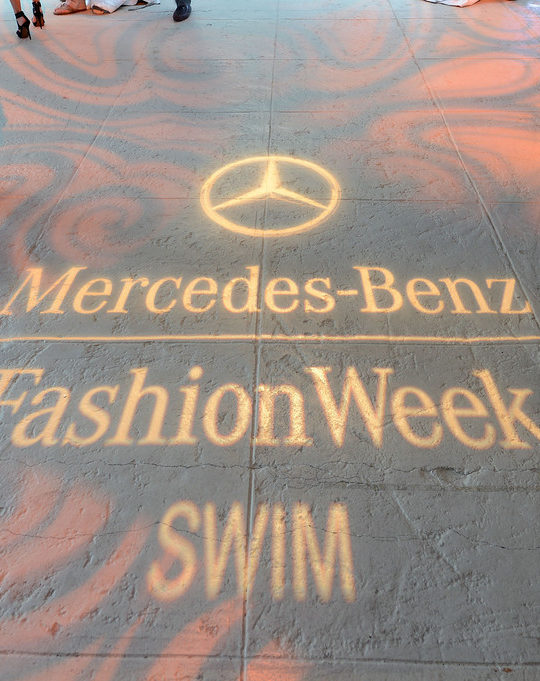 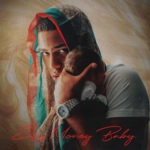 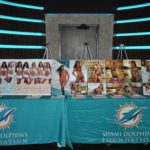 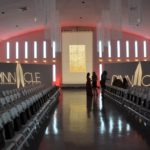